Ireland, Birth in our Culture is a Harrowing Tale 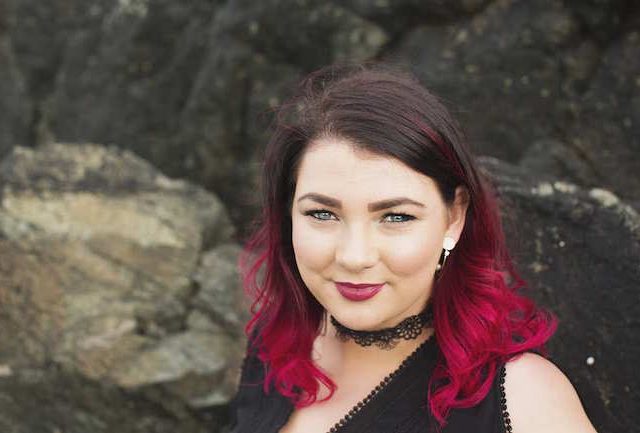 Her eyes glazed over, her brow dripping, the scent of birth fills the air and the room is electric with the otherworldly roar of power as she releases a new spirit into the world. She’s neither here nor there, but wherever she is, it’s alive, it’s primal and it’s somewhere transformative.

I am the great granddaughter of a laywoman; a village doula who occasionally took on the role of a midwife when the need arose. The reverence of birth is in my blood. The women before me, before them and before those have surrounded and uplifted their women in the sacred ritual of birth.

I’m surprised by how it surprised me to end up here.

My adolescence was spent in the kitchen filled with cigarette smoke, the smell of burning coal in the range, with a warm cup of tea between our hands and fresh soda bread on the oilcloth covered table.

When it was just us, she would satisfy my obsession with the stories of old. Her eyes held the wisdom of a decade short of a century. She brought me with her through every memory of birth she had, and it lit my soul on fire.

Many doulas come to this work wanting to make birth better. To fix birth, to save mothers, to right the wrongs that they experienced in birth. While I have healed and grown since then, this was my gateway too.

I am a woman whose pregnancy almost cost me my life.

I am a woman who is sincerely grateful for a caesarean birth. When we decided to have our second baby, I wished so much my Nana was alive. She was a woman who wrapped babies in a cloth and placed them in the bottom drawer to be a cot because we could never afford such luxuries as cots or cradles.

Something in me knew that I needed the wisdom of our women during this vulnerable time.

Old Ireland, steeped in religion and culture, her stories were filled with the rituals of laying out shrouds of cloth on the eve of St. Bridget to soak in the morning dew. The dew of blessing, hope of safety and of the secret strength of these oppressed women.

She told me how the children would arrive in the kitchen to call for Mrs. Gibbons with the message that a baby was coming. Mrs. Gibbons was much older and frail than my then, 20 something year old Nana. And so the handover began with each labouring woman who invited them both to nurture her through these precious hours. Without question, they dropped the chores, changed their aprons, fetched the shroud and towels and sent word back with the children to fill buckets of water at the pump and get it on the boil. The children were also to wait at the gate for the men folk to arrive home from work with the message to stay well clear.

This was no place for a man.

The tiny, whitewashed cottages with a fireplace in each of the three rooms, this was the birth places of my great aunts and uncles.

Knees on the yoga mat, my hands on her sacrum and her eyes lock mine. The potent scent of lemongrass oil in the air as the vaporiser changed from a glow of yellow to a comforting red. I see in the depths of her grey eyes, the expression my Nana spoke of. That place of magic a woman goes to in labour, when she leaves her body to go to another world and bring back the soul of her baby. I see in her eyes, the freedom to be whatever she is, to sound how she does and the healing of generations in her eyes. In that moment, an exchange of courage happens. Her “can’t” is replaced with “I WILL” as she grits her teeth and clenches my wrist. And curiously, his eyes ask mine through the rhythmic sounds of birth “Is this okay?”. How could he possibly know? This is the first time a man of his bloodline has witnessed the power of a birthing woman in probably, centuries. A gentle smile and reassuring nod and he’s right back to draping a cold cloth on the neck of his hero. What an honour it is to be who I am, where I am at this time in our culture.

Somewhere between my Nana’s days as a laywoman and my days as a doula, was a time of tremendous pain for the birthing women of Ireland.

Women were imprisoned in institutional homes. The religious leaders beat and abused them.

Their primal sounds silenced with shame.

Their femininity sliced from them as the shears chopped off their locks.

A butchered head was a badge of sin to be scolded with, a symbol of Catholic Ireland an oppression.

Barefooted and pregnant, our women would work day and night in the laundries to atone for their despicable act; becoming pregnant out of wedlock.

Housed with the immoral and the damaged until they birthed, our women were then to  grieve the loss of their child. Silenced in birth, their babies torn from their arms by the nuns. Sold for profit. Against her will. Unless of course the father was willing to marry her out and raise the child, which was a rare occasion.

Catholic Ireland gifted our women the pardon of caesarean section right into the 1960’s. Married Irish women who were experiencing a difficult birth had their pubic bone severed to increase the opening of the pelvis.

Married Irish Catholic women would be expected to birth up to 10 or more children in her childbearing years. Considering contraception and steralisation was illegal and immoral during this period, an estimated 1,500 women in Ireland experienced symphisiotomy before the practise was axed from maternity care.

It’s almost unbelievable that contraception was illegal in Ireland until 1985 and today, our country, our people and government are still working to return our bodies to ourselves under legislation.

In the brightly lit delivery suite, her man with his fingers interlocked with hers, he observes in awe and I watch as the reality dawns on him that in fact, it is she who is the pillar of strength in his world. And I smile at him. There are no words. His heart is opened to the strength of every woman before him. The power of his mother who brought him forth, and her mother, and hers and hers. But not a word is spoken. Not a word is needed. He utters the truest affirmation to his woman that extends to every woman with and before her and it is this “I am amazed by you”,  by our women. I am reminded by the adrenaline coursing through my blood how privileged I am to be in this space at this moment in time. How sacred it is to be entrusted with the care of this couple during the most transformative hours of their lives. And yet, how my ability to be exactly what they need in that moment, seems to just permeate from within me.

I think back to the stories.

The men, gathered in the pub, the social hub of all our life events on this little island. They would arrive, often taking both sides of the country lane, staggering and reeking of Scotch Whiskey, she told me.

After all the work was done.

After she was transformed.

After her women cradled her in the shroud that had absorbed the sweat of mighty mothers.

After they tied the red ribbon to the baby’s ankle to ward off the fairies.

After the scent of cathartic events left the air.

After the sheets were changed, the dinner was made and the coal was topped up on the stove.

I wonder how many of those men ever witnessed who, exactly our women were?

Who our women are.

Birth in Ireland, birth in our culture is a harrowing tale.

Irish mothers are carrying with them, generations of pain and triumphantly soothing the tears of our mothers before us with each confident decision they make.  As the Doula of these fierce women, I hold space as these women display their courage and strength. I offer gentle encouragement while they catch their breath between the powerful and sometimes, overwhelming sensations that is bringing their baby to their arms. I massage the sacrum as the women of Ireland today pull the unleashed strength of the mothers before us from the same floors our women cried on decades ago, and bellowe in victory as she brings new life. I compassionately empathise when the birth plan goes out the window and a woman needs to avail of a life saving surgical birth that she hadn’t planned.  I hold space for the women who pace the corridors their mothers paced. Women who, in one short day ease some of the pain of her bloodline in the very same building where her mothers who were silenced, the babies who were stolen, the pelvises that were severed, carried terror in their hearts.

The mighty Mná who are reclaiming their freedom and power.

Today, the people of Ireland are demanding autonomy and choice. I carry with me the pride of centuries of women as I stand on the streets of Dublin at this time, alongside the great grandchildren of the laywomen of Old Ireland. For the first time in Irish History, our women are deciding how to give birth, where and with whom. We’ve got a long way to so still. Each time I scramble out of bed in the wee hours of the morning, dropping my chores, handing over the needs of my own children, I can’t help but feel connected to the laywomen who have paved this way for me to continue this work in modern Ireland.

It is an honour and a blessing to be welcomed into that space, to be invited to the depths of a woman’s soul as she bares all to meet her child face to face. And I, the great granddaughter of the laywoman, will continue to provide the birthing women of my community with a shroud of compassion, unconditional support and encouragement that runs through my veins.

What a proud time to be a Doula in Ireland.

In gratitude to our mothers, I will hand over to women around the world who carry with them this calling.