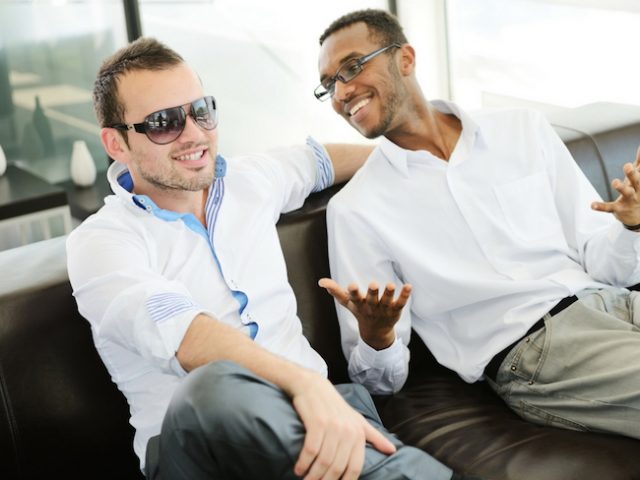 I am, through and through, a woman’s woman, in the same way that the Brawny paper towel guy is a man’s man.

I’m an only child, raised mostly by my mother, in a family full of strong women. Feminine energy has always been my comfort zone.

Men are the ones that I’m never sure I can trust.

I date them. But it’s always with a certain cautiousness. I learned during puberty that boys snap bra straps. Men gawk at bodies that develop quickly, and catcall despite baby faces. Even a complete lack of interest doesn’t deter them…

Birth has traditionally been rooted in the power of women. Women trust me, and I trust them. I got into this work to help them trust themselves.

Many of my female clients are having babies with men, or giving birth to boy children.

I remember my first overnight with a family.

The mother, her mother, and myself tried every strategy possible to get the infant to calm down. We fed, rocked and cuddled the baby, trying to soothe him. Eventually, we did, because determined women can conquer anything, even an overstimulated baby.

This shift seemed to confirm my worst fears…

The father slept through all of it! I remember my silent frustration at this new father. How could he leave his frazzled wife to deal with this? What sort of parenting was this?

The next night, I was in the family’s kitchen around 11pm, washing bottles and didn’t hear the father come in.

When I sensed him behind me, my heart raced, as it sometimes does around men I don’t know well.

When I turned, all I could feel was compassion. I could see the exhaustion on his face, and some hesitancy. In a soft voice, this man said he’d come downstairs to ask me to show him a swaddle, because he hated how unable to help he’d felt. He confided in me that he hated having to go back to work so soon. He spent the whole day thinking of his family at home, and stressed because of his wife’s anxiety and his son’s cries.

How wrong I’d been. How judgemental! That night, I learned something about men with newborns – they’re just trying to figure it out, the same as the rest of us.

I love watching men love their partners and children.

I’ve been greeted with bear hugs, by grateful jolly giants, I have been shown baby’s feeding schedules, meticulously organized nurseries, and instructed in how many scoops of ice cream a mother prefers at night while she breastfeeds their son.

While there’s still plenty to be done to heal my relationship with the male of our species, I have never felt more trust and admiration for them, than I do for the fathers who I’ve doula-ed for.

Should we dress modestly so we don’t attract the man’s attention?

Can we be comfortable overnight in a home with men we don’t know?

Do we really sleep there with a strange man?

What if men are the ones that reach out to hire us?

In a world where so many of us have stories that force us to say #metoo, and a career where we’re a part of intimate moments, and perhaps vulnerable ourselves, it only makes sense.

I’ve sat in a bed with a couple and their baby, and shared personal space with men while supporting their wives through contractions.

So to the men that have allowed me to be their doula, thank you. It’s been an honor.