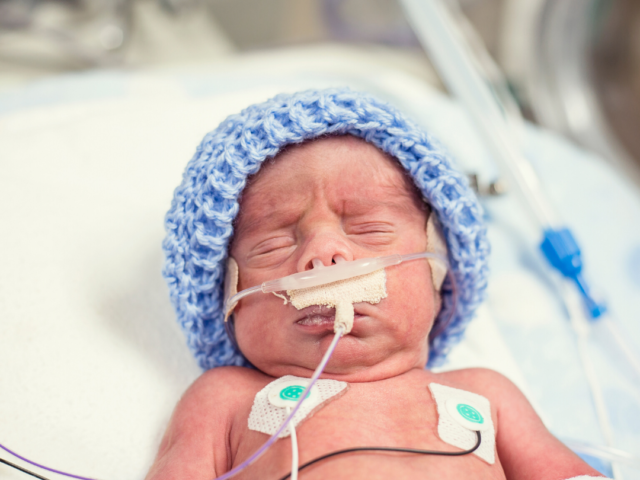 A study out of San Deigo links umbilical cord milking as a risk factor for brain bleeds in premature infants.

Anup Katheria, M.D. set out to see if umbilical cord milking could be a viable alternative to delayed cord clamping

The study appeared in the  Journal of the American Medical Association. It included pregnant individuals who were 32 weeks pregnant or less and who were at risk for preterm delivery. When labor began, the infants were randomized into two groups. Those who would receive umbilical cord milking. And those who would receive delayed cord clamping of at least 60 seconds.

The study originally planned to include 1500 newborns. Half would be assigned to the delayed clamping group. The other half assigned to the umbilical milking group. However, the study was halted after 474 newborns were randomized into one of the two groups. The umbilical cord milking group included 236 infants. The delayed clamping group included 238 infants.

The results focused on death or severe intraventricular hemorrhage. In the cord milking group, 29 infants died or had a severe brain bleed. Compared to 20 infants in the delayed clamping group.

The researchers suspect that the very preterm babies have a much harder time controlling the blood flow into the brain. As a result, cord milking can put increased pressure on the vessels in the brain, causing them to break.